His ability and his enthusiasm for freemasonry in general and for the Province of Fife and Kinross in particular was recognised by Brother the Earl of Elgin and Kincardine who as provincial grand master commissioned Brother Somerville as Provincial Grand Secretary and thereafter as Substitute Provincial Grand Master offices which he served with great distintion.

Brother Somerville was elected to Grand Committee and served there for over thirty years.

He was chairman of the Bye-Laws Committee from 1990-1992 and many other Committees within Grand Lodge.

He was also a representative of the Grand Lodge of Arkansas.

In November 2003 Brother Bob was appointed as Substitute Grand Master Mason of Scotland and carried out his duties of that high office with great commitment.

Having initially worked as an apprentice joiner in Burntisland shipyard he joined the Fife Constabulary in 1954 as a police constable and during that time was involved in a serious road traffic accident in Edinburgh he was in the Princess Margaret hospital for many months.

Brother Bob was ever present at his mother lodge until his death on the 5th of July 2008 and as a token of respect the R W M Bro Ian Mackenzie and the Brethern of the Lodge have commissioned his memorial regalia which they have encased and will be Dedecated to the lodge on December 13th by the Provincial Grand Lodge of Fife and Kinross.

The R.W.M would like to thank PM Bro Ian Lawson for having had Bro Bobs regalia encased.

On the same evening,our well known Bro.David Mudie will be honoured by Provincial Grand Lodge who will present him with his 50th year diploma and jewel and praised for his long service to the Craft Bro David was initiated into the Oswald of Dunnikier Lodge on the 28th of September 1960 passed to the fellowcraft on the 12th of october 1960 and raised to master mason on the 9th of january 1961 has served his mother lodge with great dignity. See Below for Davids Sixtyeth 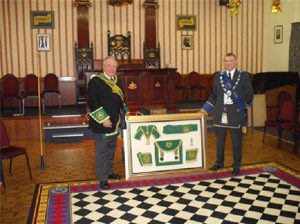 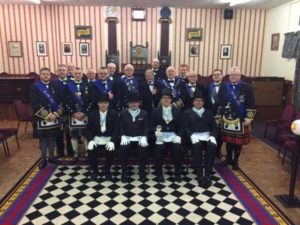 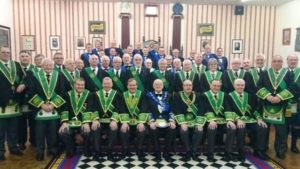 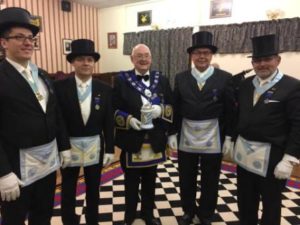 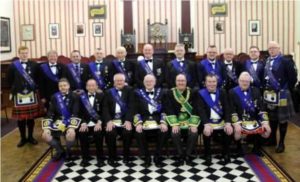 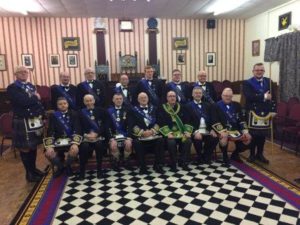 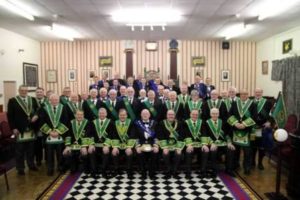 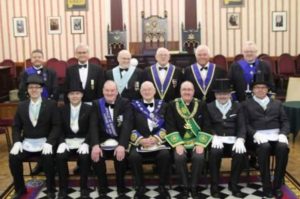 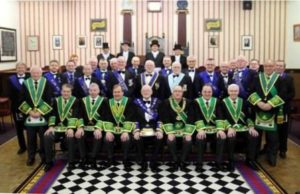 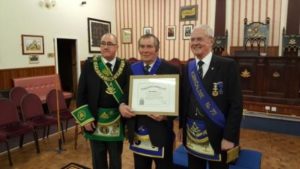 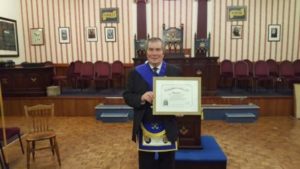 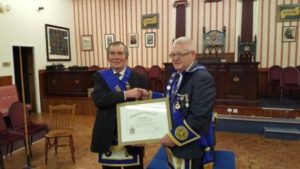 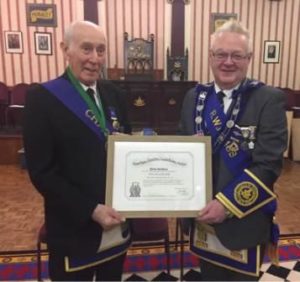 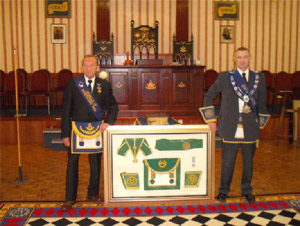 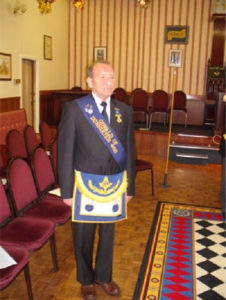 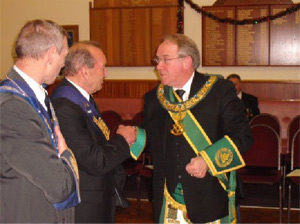 A special meeting was called On the 5th June 1893 with great sorrow we hear of the death of Bro Major Oswald Provincial Grand Master transcripts of the letter of sympathy and condolences to mrs oswald along with her reply are inscribed in the minute book.In tribute to the memory of the late Grand Master 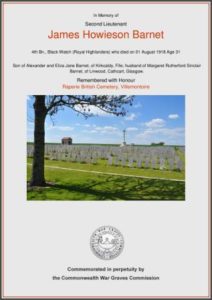 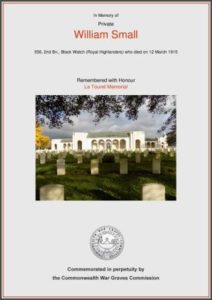 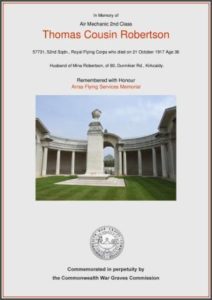 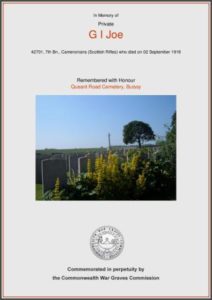 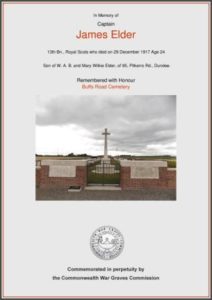 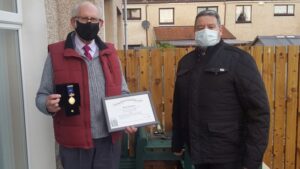 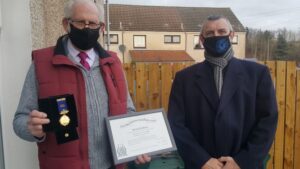 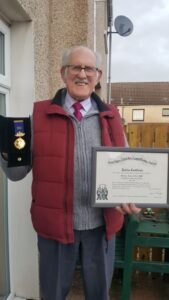 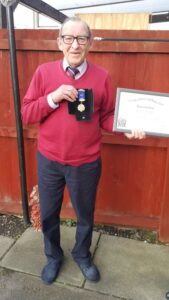 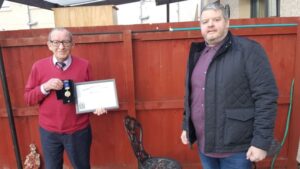 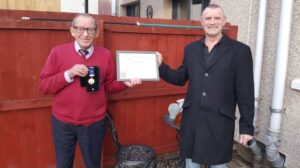 The historical sketch of the lodge would not be complete without mentioning the name of Bro David Deas R.W.Master 1921 and 1922 who died on 26th may 1958 Bro Deas was a very familiar figure in our assemblies and dominated that position for over 40 years holding continuosly the office of chaplain and also as proxy from the Lodge  at Grand Lodge he was also a faithful member of the Provincial Grand Lodge attaining the rank of Provincial Grand Senior Warden and also conferred with Honorary Grand Architect by Grand Lodge Bro Deas was held in high esteem in all branches of masonry of his association and the Lodge in mourning his demise was compiled and ably delivered as inscribed in the minute book by Bro Thos Simpson Secreetary

On 12th June 1961 it is with regret that we learn of the passing to Grand Lodge above of P.M Bro William Hampton Carron Bro Carron was Initiated into the Lodge on the 2nd June 1913 He was Master of the Lodge from 1918-1920 and again from 1940-1942 completing 58 years membership He was Also the Founding First Principal of the Royal Arch Chapter St Serf of Dysart no 514 and was a member of many other Masonic Orders

The Right Worshipful Master and all the past masters and brethren regret the departure of Past Master Brother Tom Mackie to the Grand Lodge above.Brother Tom Mackie was a Past Master of The Oswald of Dunnikier Lodge No. 468. I think his last office was as Tyler to the Grand Lodge of Scotland. He was a member of the League of Commissionaires until about his 80th year. Recently, Tom had suffered from dementia and passed away in his 89th year last month.

Brethren I regret to inform you that Robert H.L.More P.M.died on Sunday the 11th of November
He joined the Craft in the old Halls at Charlotte Street Kirkcaldy aged 29years
His 1st degree was on October 26th 1970
His 2nd degree was on November 9th 1970
His 3rd degree was on December 14th 1970
and received his Mark on May the 8th 1972
He worked as a coachbuilder with Alexanders bus garage and was well known for his Scotish country dance band
He persevered through the ranks and became R.W.M. in -1980
after which he was secretary from 1987 until 1991
He was also a member of Provincial Grand Lodge for a time until his band bookings overcame his provincial dates and the band took precedence
He suffered a long time through his illness but is now at peace in the Grand Lodge above.